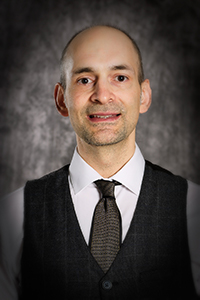 About the Author, Dr. Christopher Cirino has been a physician for more than 20 years. His specialties include internal medicine, infectious diseases, and public health. Dr Cirino believes that majority of health problems in a presenting patient a physician sees in the clinic are linked to behavior. I quickly learned how feeble available medications are for these health problems compared to the effectiveness of health empowerment and working toward behavior. The average clinic visit doesn’t afford much time to delve into these areas. As a result of this, I explored the option of reaching out to patients more directly through direct patient coaching and volunteerism. You can find the original post and other interesting posts published by Chris at https://yourhealthforumbydrcirino.org.

“A child looked after by seven nannies is without one eye.”  Russian Proverb

“Too many cooks spoil the broth.”

On this first week of the new interns, I wanted to share with you about the importance of becoming generalist specialists, and how patients truly benefit from having an astute primary care physician.

As a student, I once worked with a cardiologist who had his own primary care patients. When he first started out his practice, he didn’t had start out in a thriving practice.  After several years, his cardiology practice picked up, though there were still some primary care patients that he saw.  It was interesting to see that he would refer out many things to other physicians.  If the patient had diabetes, he would refer them to an endocrinologist. For routine pap/pelvic examinations, he would refer them to a gynecologist.  Some of his patients with have more than three physicians for various needs.  He would treat the high blood pressure and atrial fibrillation, but often would focus on these issues over general health concerns during the visits.

After I completed medical school and began residency, I gained a greater appreciation of the importance of a generalist in the care of a person.  The medical school I attended had a strong emphasis on primary care for health management.  In small town Ohio, where access to specialty medicine meant delays in being seen, these doctors often managed the complete healthcare of their patients.  This became the substrate of my growth as a physician toward a training in comprehensive care as an internist.

What would it be like for a person to be seen by different physicians in the emergency medicine department only for more urgent needs?  Or to see a doctor for each system without a primary care physician?  Do too many physicians hurt the patient’s care?

One way of looking at a primary care physician (PCP) is a collaborator of care. After seeing the same physician for a few visits, a patient is on their way to developing an important bridge into their medical care.  The physician may function as a window to understanding how behaviors can be obstacles in health.  With the rapport developed, a patient can earnestly describe his or her health concerns to a physician who is aware of the prior medical history, medications, habits, and challenges.

A PCP is the “forest for the trees” specialist – a “generalist” specialist.  He/She may have knowledge of a patient’s history that can better assist them in health conditions, with a multi-disciplinary whole-patient approach.  As an internist, it was quite common that a patient would schedule an appointment with me to go over the specialist’s recommendations, before they started a prescription.  Not only did they want to keep their PCP up-to-date with health issues, they wanted to have me look over the medication options and confirm the plan with them.

A PCP is not a reflexive med-prescriber who renews prescriptions written by prior physicians or other specialists; s/he is not a pain or sleep medication writer without stepping in deeper into the expectation of treatments.  A PCP probably should keep the greatest guard for new-patient visits or ER new patient follow-ups, when medications at higher risk of abuse are involved and “doctor shopping” behavior is suggested.  This includes checking the controlled substance prescription database and discussing the medication history with their prior provider.

A physician must find a balance of being a collaborator yet not an enabler to someone’s harmful behaviors, including poly-pharmacy.  A lot of friction could be prevented, if a patient and physician were to have these conversations in the beginning visits.  If ulterior motives exist, the patient may not reschedule a follow-up visit and continue to look for a provider that will prescribe the medication.

One visit format that I would see patients is a “medication renewal” visit.  This typically means that they would come in for new prescriptions of the same medications.  Yet, they are not the “same” person.  Our bodies change as we age, so that medications for a younger age may be potentially more harmful at an older age.  Or the patient wants the refills but doesn’t want to talk about the behaviors that are antagonizing the health conditions.

I had a thirty-five year old patient come in once who had a very straight forward request:  he needed me to refill his albuterol for his asthma, lipitor for his lipid abnormalities, and zoloft for his depression.  This shouldn’t be too long of a visit, I thought.

A deeper dive into his history revealed that his father had had a heart attack in his late forties.  He also reports he enjoyed a “good old American habit” of drinking beer nightly, sometimes four to six a night.  He was taken aback when I asked further about the habit. He was not aware that the amount of alcohol he consumed could contribute to all three health issues.  I pointed out that not addressing the alcohol problem, which would be considered alcohol dependence, would be like trying to put out a fire while there is still a gas leak.

On a second visit, he brought his girlfriend and we performed a health assessment, a blood pressure check, and reviewed his blood tests which were basically normal.  He wondered if he should be on blood pressure medications.  We talked about the role of the alcohol habit again; she was also concerned.  He became defensive and said, “how come you bring this up each visit,” and that he “enjoyed this American past-time.”

He could not or would not acknowledge that his dependence was an obstacle to his health, including his mental health.  He straightened it out in his mind by taking three medications.

As a primary care doctor, it was my obligation to discuss these issues with my patients. Along with this comes a review of the purpose of each medication, and placing a hierarchy of importance to them, in the hopes of stopping many of them (check out the poly-pharmacy section).  Many medications have side effects and drug interactions, which are not always checked by the prescribing specialist.  Some medications may be more harmful than helpful.  I have been known to find several medications that are either duplicates or high-risk for harm and toss them in a garbage before the patient leaves (PHI protected bags).  The patient reaction is one of both concern and relief.

Another point: since chronic disease is a result of a multi-systemic imbalance, many diseases, for which we have separate treatments, are inter-related.  The medications are only producing a side-effect that has an activity toward reducing the severity of the problem, but not without other, less tolerable side-effects.  No medication has a guarantee on health that eating a natural diet and keeping an active lifestyle do.  There is no greater joy as a physician than to providing health empowerment and seeing a patient improve their health.

Below are some of the potential consequences of having many physicians and how a PCP can mitigate harm and enhance care:

I hope that this encourages you to enjoy the doctor-patient relationship, whichever side you are on.  There are so many important benefits of having a health coach as a physician, one that will not only help you along your rough patches of disease but one that will help you find your way to health.

Please share this article if you found this useful, and stay tuned for future posts on Perspectives in Medicine.

“There are, in truth, no specialties in medicine, since to know fully many of the most important disease a (person) must be familiar with their manifestations in many organs.  Sir William Osler.